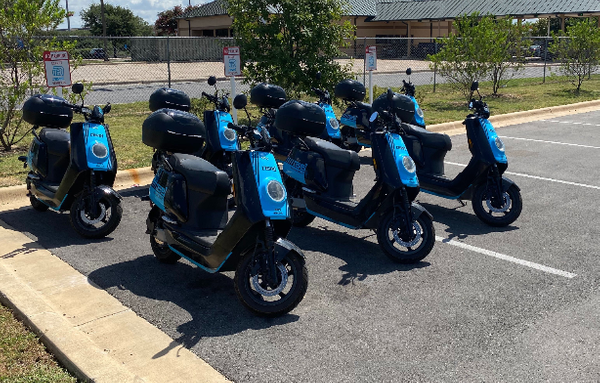 Thanks to the partnership between Revel and Capital Metro, transit riders can hop off the bus and hop onto a moped to get to their final destination safely and quickly.

In other “last mile” news, the City of Austin and Capital Metro have entered an agreement to co-manage Austin B-Cycle. B-Cycle will now become MetroBike and will have more stations, including at transit stops, around Austin. The bike fleet will also become fully electric. Riders will be able to access both the transit and bicycle systems via the Capital Metro app.

“The expansion and electrification of the bikeshare system perfectly complements our expanding transit system and the growing bicycling infrastructure all across the city,” said Chad Ballentine Capital Metro Vice President of Demand Response. “Bicycle ridership is up significantly across the nation, and now is the perfect time for Capital Metro and the City of Austin to make this move.”