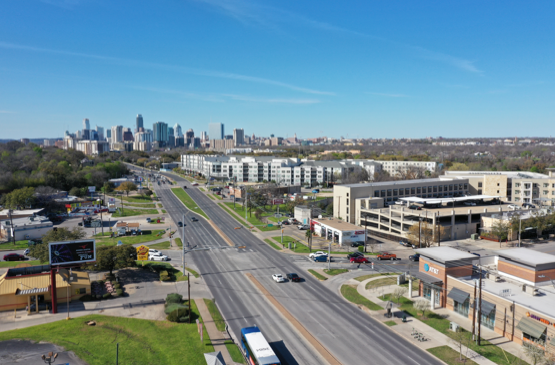 Capital Metro and Austin Transportation are partnering to bring two miles of transit priority lanes to East Riverside Drive. The interim lanes between Grove Boulevard and Summit Street will organize traffic flow and improve on-time performance and Capital Metro service efficiency. Installation is scheduled to begin in late February, with the project anticipated to open by early April. View a fact sheet about the project.

The transit priority lanes will be installed in the curbside lane and operate all day in each direction. Nine bus routes run on Riverside Drive, with almost 20% of Capital Metro customers riding a route that operates on this corridor. The project will introduce service improvements on this key transit corridor before implementing the Blue Line as part of Project Connect.

New signage and updated roadway markings will establish the transit lanes. Other vehicles can enter the transit priority lanes to make a right turn. When installation work begins in late February intermittent lane closures will be required while crews stripe the road. Learn more at AustinTexas.gov/Transit.