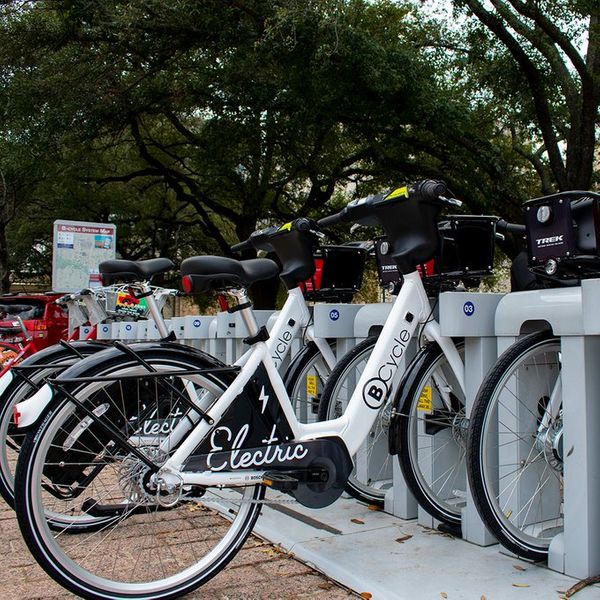 As part of a pilot in partnership with Capital Metro and the City of Austin, Austin B-Cycle will put 200 e-bikes on the road this year during SXSW.

B-Cycle plans to eventually convert its entire Austin fleet to e-bikes and phase out the current bikes. The first e-bikes will roll out during SXSW along with new docking stations that are more flexible, allowing for the shape and number of docks to be arranged in a way best suited to each location.

As part of the Austin Smart Mobility Showcase, an example of the new docking stations will be set up on the 300 block of Cesar Chavez from March 13 through 18.

B-Cycle is also offering Let’s Go News readers a special discount to celebrate its momentum! Use promo code M242020 to access unlimited 60-minute rentals. Returning the bike to a dock every 60 minutes resets the time so the same discount can be applied to that bike or a different one. Users need to enter the promo code in the app, not at the kiosk. This discount will last from now until the end of March.