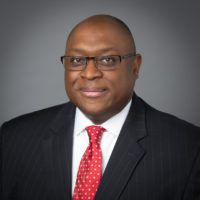 Ashby Johnson is the Executive Director of the Capital Area Metropolitan Planning Organization (CAMPO) which is the metropolitan planning organization for the six-county central Texas region and has served in that capacity since August 2014. Ashby also served as the Deputy MPO Director at the Houston-Galveston Area Council, which is the metropolitan transportation planning agency for the eight-county greater Houston region from May 2003 until July 2014. He holds a Bachelor’s degree in Government and a Masters in Community and Regional Planning from the University of Texas at Austin.

Ashby has been an active member of American Association of Metropolitan Planning Organizations (AMPO) since 1996. He has served as a member of the AMPO Policy Committee for several years and also served as the Chair of the Policy Committee. He was elected to the AMPO Board in January 2016.